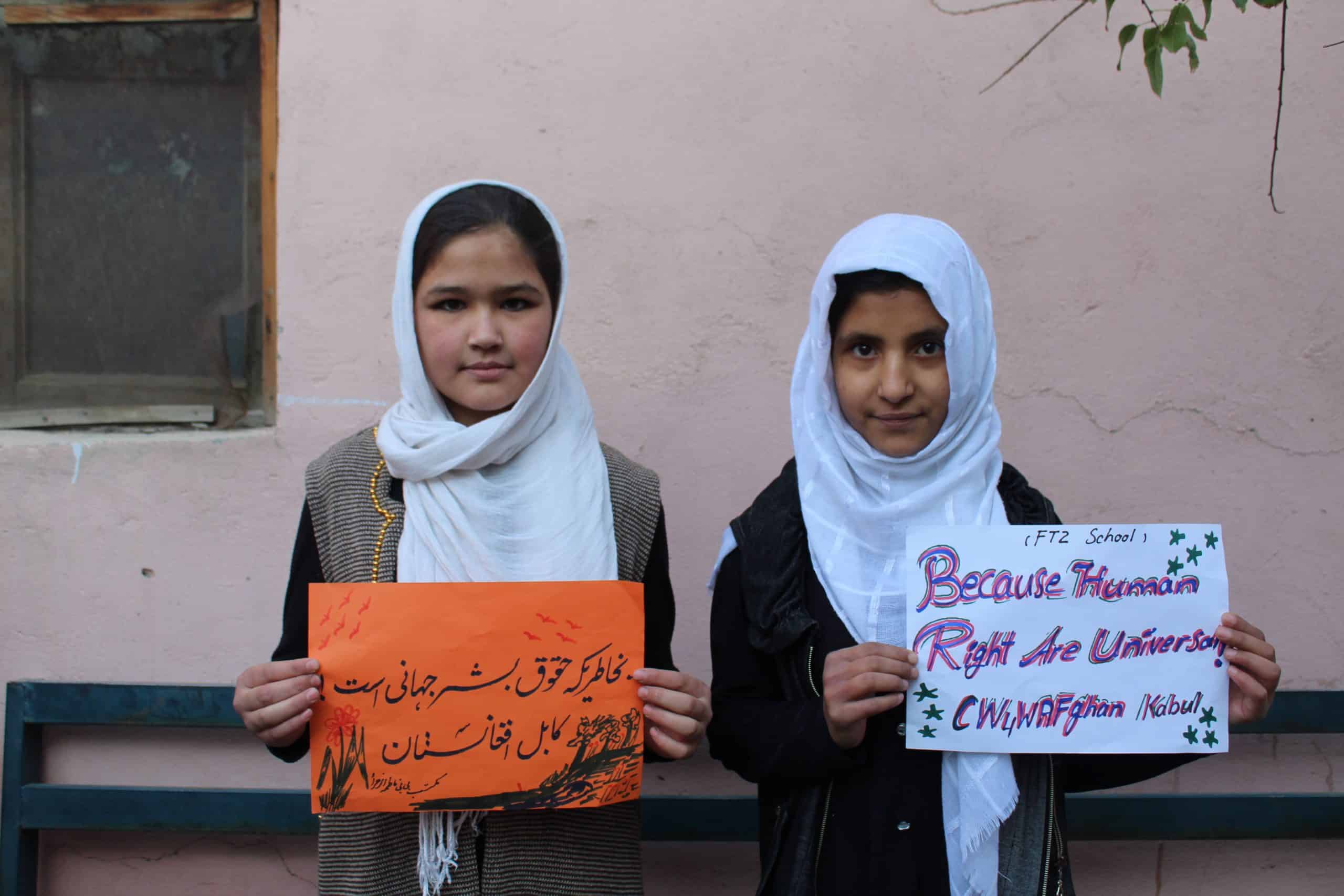 Once again we struggle to find the words to convey our sorrow, shock and outrage at another horrific attack on Afghan civilians, this time targeting victims based on both their gender and ethnicity. The massacre aimed to inflict intersectional violence against Hazara schoolgirls.

This past Saturday, as young school girls filed out of their classrooms at Sayed Al Shuhada School, excitedly planning to mark the upcoming Eid celebrations with their families, a series of explosions deliberately targeted the female students in this predominantly Hazara neighbourhood. This massacre occurred in Dasht-e-Barchi, the same neighbourhood where, almost a year ago today, young mothers bringing new life into the world were targeted in an attack on the local maternity hospital which left 24 dead. Reports from those inside the country put the number of deaths in the Sayed Al Shuhada massacre at 90 as of today, with dozens more seriously injured. Many of the victims were children.

On Mother’s Day this year, too many Afghan mothers were forced to sift through the rubble of this massacre, through abandoned school bags and textbooks, searching for any clue that their children may yet be alive. Others buried daughters on the cusp of a future full of hope and ambition – to complete their studies, to become teachers or scientists, to contribute to the future of their country as the everyday peacemakers that their society needs, to fulfill the opportunities that they have seen blossom in two decades of progress.

This attack is both a deplorable crime against children and an attack on the human right to education, as well as an attack driven by ethnic hatred and sectarian targeting, in the perpetrators’ singling out a school in a Hazara neighbourhood. It follows on a long list of other ethnically-driven crimes against Hazaras in Afghanistan by ISIS and the Taliban in recent years, besides the well documented massacres of Hazara populations by the Taliban during their rule. We share in GenocideWatch’s concerns that violence in Afghanistan risk “the continued extermination of ethnic and religious minorities, degradation of women’s fundamental human rights, systematic targeting of civilians and other war crimes, and crimes against humanity.”

Statement after statement of condemnation are issued in response to these attacks, as in also in response to the recent bombing in Logar that killed numerous high school students among the 30 victims, yet they fall on deaf ears. We cannot allow the world to watch in silence as the bright sparks of Afghanistan’s future progress are extinguished one by one, just as a “peace” negotiation is being pursued in such a way as to bring legitimacy to the very terrorists who perpetrate and enable these horrific acts of gender and sectarian violence, and ethnic persecution. We echo the nine recommendations made by the Afghan Independent Human Rights Commission (AIHRC) in response to these attacks, seeking justice and accountability for these crimes.

We, and civil society actors like us, demand more than statements: direct action from the international community is needed, now. Silence is not an option, as a humanitarian and human rights crisis unfolds in Afghanistan.

Our thoughts, sympathies and prayers are with the families of victims and all those affected by this horrific and deliberate act of violence. We will continue to fight for the right of Afghan girls and women, to have the simple things that many of us take for granted: peace and safety, and the ability for parents to send their children to school each morning with the knowledge that they will not be attacked and killed for simply setting foot in a classroom to learn. CW4WAfghan remains steadfast in our commitment to working in solidarity with the Afghan people to help them realize their right to education for all.