Introducing One More Mountain, the Exciting 5th Installment of the Award-Winning Breadwinner Series

Introducing One More Mountain, the Exciting 5th Installment of the Award-Winning Breadwinner Series

The Exciting 5th Installment of the Award-Winning Breadwinner Series

About One More Mountain and The Breadwinner Series

Readers were first introduced to Parvana’s story through The Breadwinner, the first installment in the book series that has gone on to win numerous awards, and was adapted into a feature length, Oscar nominated animated film.

The internationally bestselling books follow young Parvana, a girl growing up in Afghanistan with the same dreams and ambitions as girls everywhere. It is a story of loyalty, survival, families and friendship under extraordinary circumstances spanning the past twenty years in Afghanistan’s history. Parvana’s journey begins during the 1990s, when the Taliban last ruled the country, and this newest installment finds Parvana once again facing the return of the Taliban and the severe restrictions they have brought to the lives of Afghan girls and young women. 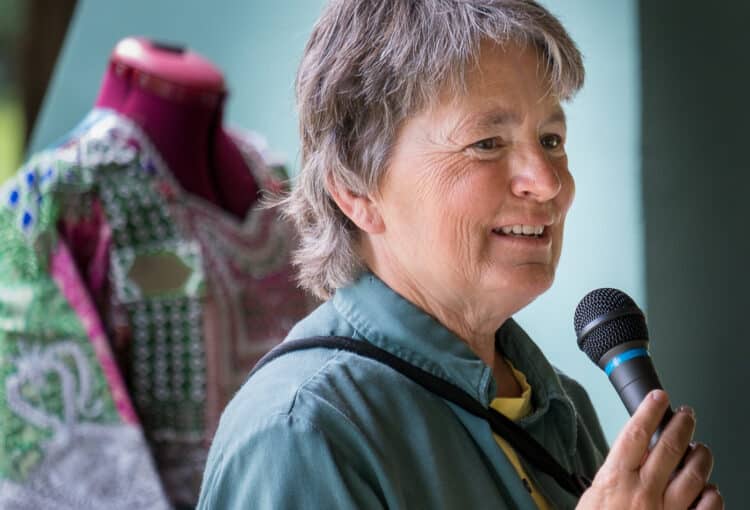 Whether you are catching up on Parvana’s story where the last book left off, or discovering The Breadwinner series for the very first time, the release of One More Mountain is a wonderful opportunity to not only enjoy the power of storytelling, but learn more about the experiences and resilience of Afghan girls, and what Canadians can do to show their support. 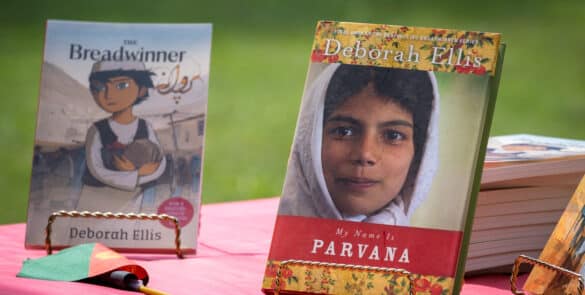 Make a Difference with your Purchase

All the books in The Breadwinner series have been acclaimed for their sensitive and educational treatment of themes related to ideas of thinking globally and acting locally. They are a beautiful way to introduce young readers to the themes of universal human rights, gender equality and migration.

The entire series has become a staple in many middle school classrooms across Canada, and there are a number of helpful Teacher Resources and Lesson Plans for these books to  enhance  core curriculum learning for Middle School readers in the areas of Social Studies and Language Arts. The contents of the book are particularly well suited to teaching on global citizenship.

Best of all, royalties from sales of the books will be donated to Canadian Women for Women in Afghanistan (CW4WAfghan). This means that with your purchase, you are making a real difference in the lives of young girls just like Parvana.

To help in the promotion of One More Mountain, CW4WAfghan is holding a draw. Lucky winners will receive copies of the entire Breadwinner series – five books in all, signed by author Deborah Ellis.

Between now and October 15, 2022 all donations of $30 or more will automatically be entered in the prize draw.

An Interview with Deb Ellis

We were thankful to connect with Deb Ellis and ask her some questions about One More Mountain and The Breadwinner Series. Click and expand the icons below to read her answers!

Tell us about the Breadwinner series, and One More Mountain in particular. What inspired you to tell this story about the life of a young girl in Afghanistan?

The Breadwinner series came about after I spent time in the Afghan refugee camps in Pakistan, learning from people what their lives were like under the Taliban and during the wars leading up to the first Taliban take-over.  Among those stories, I heard about girls who masqueraded as boys in order to earn money to keep their families fed. I wanted to share that example of courage with kids in this part of the world, and hopefully raise a bit of money at the same time.  Parvana and Shauzia, the main characters, are girls who attended school together and who found themselves pretending to be boys in Taliban-controlled Kabul.  There are now 5 books in the series – The Breadwinner, Parvana’s Journey, Mud City, My Name is Parvana, and One More Mountain.

When the Taliban re-took Afghanistan in August of 2021, I decided to write One More Mountain to try to raise more money for people in Afghanistan and the refugee camps.  One More Mountain takes place in the time around the Taliban returning to power.  Parvana and Shauzia are now adults, and that’s all I’m going to tell you – people will have to buy the book to find out more!

What has changed for Parvana as we rejoin her story in One More Mountain?

What has changed for Parvana is that she and her colleagues have two decades of learning and hard work and hope behind them.  Now it appears as if all they have worked for is going to be taken away – again.

What has been the most surprising or interesting thing that you learned in the process of researching and writing this book?

Most surprising or interesting thing I’ve learned in the process of writing these books – too many to narrow down.  I’ve learned that women can be made of iron, and even when pushed to extreme circumstances, will keep fighting to make the world better.  I’ve learned that education is more valuable than gold.  I’ve learned that we are all more alike than we are different, and that war is a colossal waste of time, energy, resources and lives, and it should be outlawed – or at least is should be illegal for people to make money off of weapons.

What do you hope readers will take away from reading Parvana's story?

I hope readers will see themselves in Parvana and Shauzia, and take some of their courage into their own lives – we can certainly all use more courage!  I hope they will also understand that an injustice somewhere hurts us all, and that we all rise higher when we rise together.

One More Mountain, and the entire Breadwinner series, reflect the reality for many Afghan women and girls today. What advice do you have for readers who want to take action or make a difference in the lives of girls like Parvana?

Canadian Women for Women in Afghanistan has ways that local activities can have a big impact, such as with the learning baskets that are easy to fund-raise for.  Learning from those who have been in Afghanistan or are from there is valuable, as is becoming informed about and engaged with the world.

Deborah Ellis is an  award-winning author, a feminist and a peace activist, with more than thirty books to her credit. She has won the Governor General’s Literary Award, the Ruth Schwartz Award, the Middle East Book Award, Sweden’s Peter Pan Prize, the Jane Addams Children’s Book Award and the Vicky Metcalf Award for a Body of Work. She has received the Ontario Library Association’s President’s Award for Exceptional Achievement, and has been named to the Order of Canada.