Webinar: The West has evacuated the land, but it must not abandon the women of Afghanistan 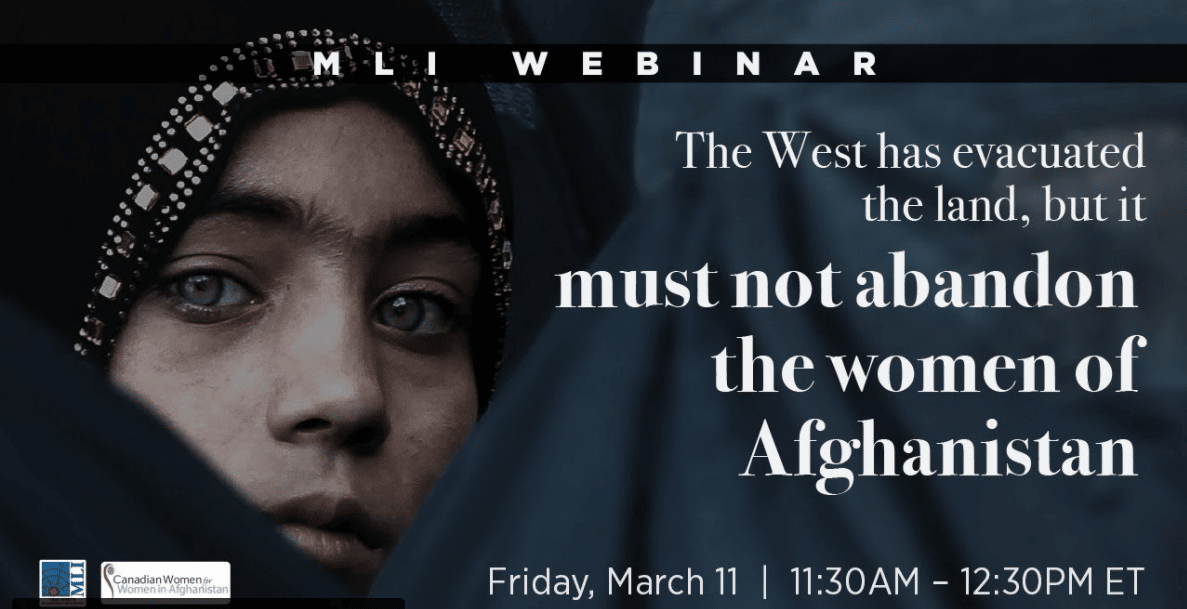 Join MLI and CW4WAfghan for a webinar on March 11.

Webinar: The West has evacuated the land, but it must not abandon the women of Afghanistan

Since the Taliban’s takeover of Afghanistan, the country’s economy has all but collapsed, with most of the population now suffering from shortages of food, clean water, and shelter. Millions may die from starvation in the coming months. All of Afghanistan is suffering. Yet Afghan women and girls are facing a particularly dire situation under the ‘new’ Taliban regime.

All the hard-won gains and civil liberties fought for by Afghan women over the past 20 years have disappeared almost overnight. Before the takeover, women made up over 20 percent of Afghanistan’s workforce. Today, they are prevented from participating in public life, working or pursuing an education above a 6th grade level.

On the eve of International Women’s Day, the international community – including Canada – needs to take stock of what’s happening to Afghan women and girls under the Taliban regime and find the moral courage to do something about it. When the brave people of Afghanistan languish under such terrible conditions, we should not settle for policies that are easy and expedient.

To shed light on this issue, MLI is pleased to host experts from Canada and abroad to discuss the plight of women in Afghanistan and what can be done about it. CW4WAfghan’s Executive Director, Dr. Lauryn Oates, will be a speaker at the event.