In person Breaking Bread is back: the tradition continues 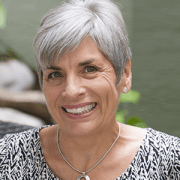 My name is Janice Eisenhauer and as co-founder of Canadian Women for Women in Afghanistan several decades ago, I invite you to host a Breaking Bread to build awareness and raise funds.

Breaking Bread Events, with their unique and life-affirming combination of food, friends and fundraising, have formed a vital part of our grassroots support. Our Chapters and donors have helped us raise over $8.5 million to support Afghan women and girls since our inception in 1998.

Why Host a Breaking Bread?

Breaking Bread fundraising activities are one of CW4WAfghan’s most important sources of revenue that ensure we can continue to run high quality  programs. Click the slide show below to see the variety of Breaking Bread activities hosted by Chapters and supporters.

Breaking Bread is about gathering. It is about sharing. Consider raising awareness and funds in one of these ways: 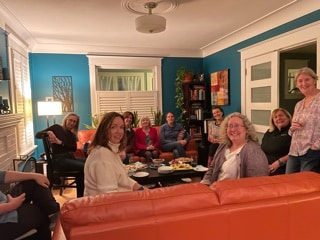 20th, Denise Jamieson hosted our first in-person Breaking Bread since the start of the pandemic.

Located in Halifax, Nova Scotia, Denise held her first BB in 2004 and has hosted many more during the last 17 years.

Denise first learned about Breading Bread events in a Chatelaine magazine article in 2003 and has since hosted many BB events as well as volunteering as the race director for the Secret Race Marathon 3K run.

“Canadian journalist and rights activist Sally Armstrong wrote a story about the woman who hosted the first BB in Toronto. I learned how a business woman raised $750 to pay for a teacher’s annual salary by inviting 10 people to share a potluck meal and asking each guest to contribute $75. I was very moved by this article, but at the time, as a stay at home Mom with a young family we couldn’t afford $75 and I didn’t feel I could ask friends to contribute that much money. But the article really resonated with me and about a year later I called that woman in Toronto who had created the event to ask if I could put my own spin on a Breaking Bread gathering. So instead of inviting 10 people I asked lots of people to come and to bring drinks or dessert and a contribution of any amount. In that first event, we raised over $1500 and I was so thrilled.

Food Brings Us Together

Ideas for recipes, music, and activities you might consider when planning your Breaking Bread activity.

Smoked Eggplant with Garlic
Calgary supporters enjoyed this eggplant dish prepared by Behnoush, Calgary Chapter Chair
Download the recipe
Stories From An Afghan Kitchen
Breaking Bread is an indispensible expression of Afghan identity. Afghanistan lies on the ancient silk road, where goods, ideas and philosophies were traded.
Watch Here
Recipes from Calgary Breaking Bread
Watch Here
Chaat Masala
Durkhanai makes Chaat Masala in her Adelaide kitchen, and you can too! Learn what you need to make this spice blend.
Watch Here
Recipes From The Women of Takhar
Download the Recipe Book prepared by the women graduates from the Afghanistan Reads! program
Download Now
Previous
Next

Immerse yourself in the rich world of Afghan music from popular songs to traditional ballads.

Our Ottawa Chapter Hosted a Book n Brunch, and this is another great way to gather virtually, or in person.  Click each image for summaries of the books, and book club discussion questions for Dancing in the Mosque.

Learn how your donation supports our programs in Afghanistan.