A year into Taliban rule, Afghans fear Canada has left them behind

In the News: A year into Taliban rule, Afghans fear Canada has left them behind

On the day the Taliban took over Afghanistan, Sadia fled her office in Kabul and hid at a friend’s house. A manager at a Canadian-funded women’s project, she knew what the return of the Taliban meant.

A year later, she is still hiding.

“Canada left us behind,” said Sadia, 32, whose real name Global News is not using because she feared retribution. “We helped Canada. They should not forget us.

“They should take us out from here.”

Since the Taliban seized power on Aug. 15, 2021 amid a U.S. military withdrawal, about 17,000 Afghans have arrived in Canada through a resettlement program.

But thousands whose work for Canada has put them at risk remain stuck in cities like Kabul, while others are in limbo in neighbouring countries like Pakistan. 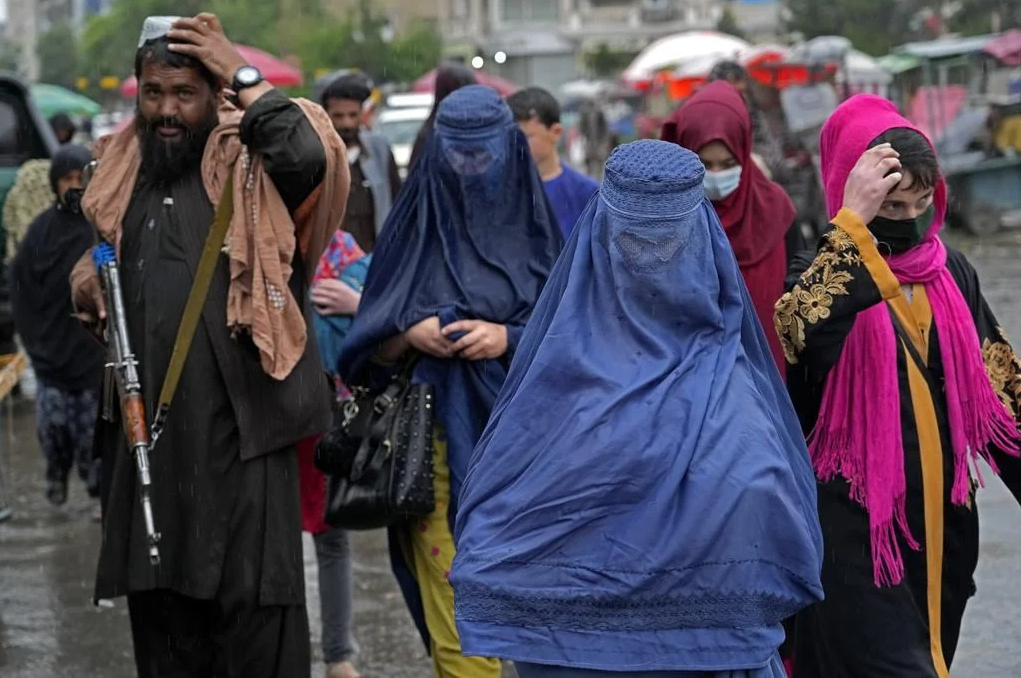 “They’re in one of two very bad places waiting for word from Canada on what’s going to happen to them,” said Lauryn Oates, executive director of Canadian Women for Women in Afghanistan.

Those facing the greatest risk are Afghans who worked for the Canadian Armed Forces or Canadian development programs, according to groups trying to help them.

“Certainly I would say we are aware of thousands that need to come out,” said Oliver Thorne, executive director of the Veterans Transition Network, which has been evacuating Afghans who assisted Canada’s military mission.

The wait has been stressful for Afghans, who don’t know whether to prepare their families to leave or to accept life under the Taliban, he said.

“Those people are living in such a high degree of uncertainty.”

Canadian officials said they aimed to meet their target of resettling 40,000 Afghans by 2024.

Sadia said she didn’t know what to do.

A mother of four, her job at a Canadian women’s entrepreneurship program has put her in direct conflict with Afghanistan’s new rulers.

“The Taliban are against women’s empowerment,” she said.

As they re-installed themselves in power, the Taliban made it a priority to undo the gains made by women over the previous 20 years. Women have now been all but erased from public life.

The women’s ministry was dismantled, and there are no women cabinet ministers. Afghanistan is the only country in the world where girls are banned from high school. Women can only work outside the home in limited cases. Nor can they show their faces or leave their residences without male chaperones.

Concerned they had been abandoned to the Taliban, Sadia and other Afghans who had worked on Global Affairs Canada women’s projects sent a report to Foreign Minister Mélanie Joly on June 8.

It chronicled the threats they had received, and claimed three of their colleagues had been killed, while one was kidnapped and tortured.

“All individuals who have worked for Canada’s mission, especially those involved in gender-based violence and women empowerment efforts, are in grave danger,” read the report. “Please don’t leave us behind!”

Among those featured in the report was a man who called himself Sabir, whose real name Global News is not publishing for safety reasons. He told Global News the Taliban distrusted former employees of international, non-governmental groups.

“They are calling us Canadian spies,” he said.

On May 30, an unknown caller phoned Sabir and mentioned his past with a Canadian aid organization, he said.

He was accused of misleading women to be independent. His Tweets about Taliban misbehaviour were highlighted. The caller warned the father of three that he and his family would be killed, he said.

He deleted his social media accounts and went into hiding, but said his resettlement application, filed a year ago, remained unprocessed.

“We provided faithful service to the Canadian government in Afghanistan, but so far we did not hear any hopeful responses from them,” he said in a telephone interview from Afghanistan. “I am fearing when I will die.”

Sabir was one of about 200 former employees of Canadian projects who formed a discussion group in March on the messaging application WhatsApp to talk about their life under the Taliban and their quest for resettlement.

The Taliban found out about the chat group in June when they searched the phone of one of the members. Since then, the main contributors have been on the run, six of them told Global News.

“It’s a bad situation for us,” said one of the women. She said she had applied for resettlement to Canada a year ago but had received no response. The sole breadwinner in her family, she has been unable to work or get a visa to travel to Pakistan, she said.

Another woman said she feared for her three daughters while she waited for her immigration case to be approved. “Everything is totally changed for women,” she said. “I mean, I can’t go anywhere. We don’t see anything positive here for our children’s lives.”

The discovery of the WhatsApp group forced the members underground. They deleted their social media accounts, destroyed their SIM cards and got rid of their phones.

Last month, Sadia fled to Pakistan and set up a Twitter account to pressure the Canadian government. On the account, former staff of Canadian projects have been urging Prime Minister Justin Trudeau and Immigration Minister Sean Fraser to take action.

“We helped your government and now we need your help,” read one message.

Global Affairs Canada told Sadia in a recent email it had referred Afghans with a “significant employment and/or enduring relationship” with the Canadian government to Immigration, Refugees and Citizenship Canada (IRCC).

Those accepted would be asked to submit an application, the email said.

An IRCC spokesperson said officials faced unique challenges in Afghanistan, notably that “movement out of the country both by air and by land continues to be very difficult and dangerous.”

The department also needed to ensure that those arriving in Canada were “landing in communities that have the capacity to help them integrate successfully.”

“We have accomplished much, but there is still more work to be done, which is why we continue to process applications as quickly as possible and continue to engage international and domestic partners to find ways to maximize immigration and humanitarian pathways to Canada,” Nancy Caron said.

“I think the system is clogged in a few places,” said Oates, the Canadian Women for Women in Afghanistan executive director.

“We’ve been hearing that there’s big challenges with finding housing in places in Canada. There’s bureaucratic and administrative delays, and I think there have been policy changes. And this is a new program as well.”

The biggest concern is that the 18,000 spaces in the special immigration program have all been spoken for, Oates said.

“And that door is closed, that program is finished and all the others that worked for Canada that are eligible for this program, that have been waiting for now a year to hear from Canada what their status is, hope is finished for them.”

She wants the government to extend the program for 12 months and open more spaces in it.

IRCC denied it had closed its special immigration program. It said 15,000 had applied for the 18,000 spots, and space was also available in a humanitarian program for women leaders and other vulnerable Afghans.

Sadia first encountered the Taliban as a child in 1996, she said. She recalled shopping at the bazaar with her mother when they arrived and began beating women with sticks.

Girls were banned from school. Her family fled to a refugee camp in Pakistan.

After graduating from Peshawar University in 2013, she worked at a private school and in the non-profit sector before taking a job in 2018 at the Women Enterprise, Advocacy and Training Program, which the Canadian government has cited as part of its feminist foreign policy.

Now the Taliban have forced her to Pakistan again, and there was little to hope for at the first anniversary of their rule, she said.

“I think I will always hate August.”