Here we share some knowledge sources about current efforts to protect women’s rights in the context of past and any future negotiations with the Taliban.

Afghans Know What a Desirable Peace Looks Like, and It’s One Where Rights Truly Exist, by Murwarid Ziayee, Medium, April 16, 2020

‘Thrown under the bus’: Some Afghans view U.S.-Taliban peace deal with mix of disbelief and anger, by Susannah George, The Washington Post, March 8, 2020

Peace with the Taliban comes at the expense of Afghanistan’s women, by Sally Armstrong, Globe & Mail, March 6, 2020

What the Taliban are telling themselves about war and peace, Christian Science Monitor, September 2019

Without Afghan Women, There Can Be No Peace, Feminist Majority Foundation statement, September 2019

Yes, the Taliban has changed — it’s gotten much better at PR, By Tanya Goudsouzian, The Washington Post, August 2019

Afghans Want the Right Peace Deal, Not Just an End to Violence, By Belquis Ahmadi, US Institute for Peace, August 2019

The Taliban Promise to Protect Women. Here's Why Women Don't Believe Them, By Cora Engelbrecht, The New York Times, July 2019 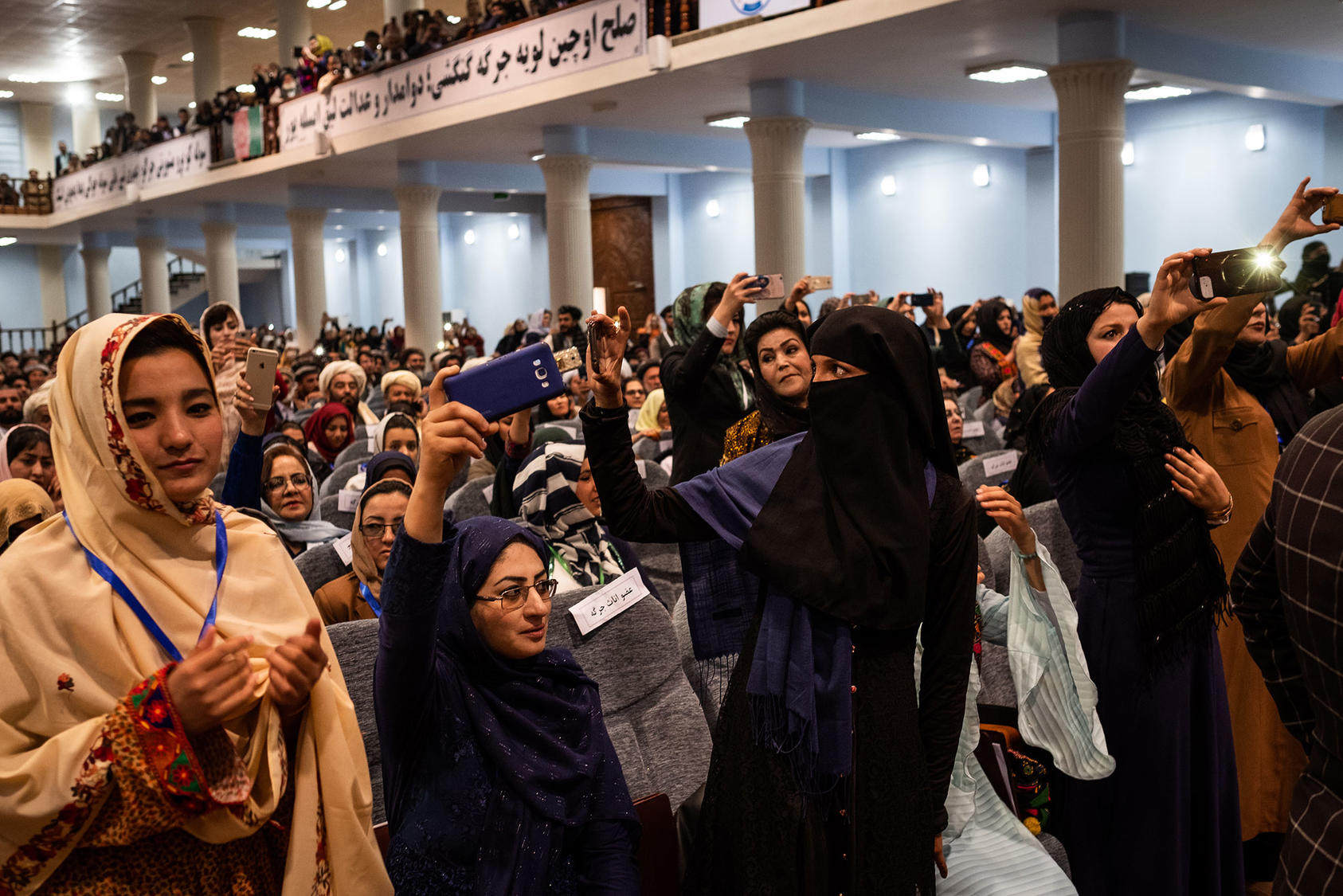 #MyRedLine: a grassroots movement in Afghanistan that uses social media to communicate the voices of Afghan concerns and recommendations for a sustainable peace. Read their July Report.

Fragility and Making Peace: Rights of Afghan Women and Peace With the Taliban, Afghanistan Public Policy Research Organization (APPRO), May 2019