Books and Products from Afghanistan

Beautiful hand-crafted products made by Afghan women are sold through our chapter network in Canada. The artisans are paid for the products at the time the shipments are made to Canada and prices are set at fair wages. This initiative provides educational and economic opportunities to previously unemployed and unskilled Afghan women. For more information, email community@cw4wafghan.ca. 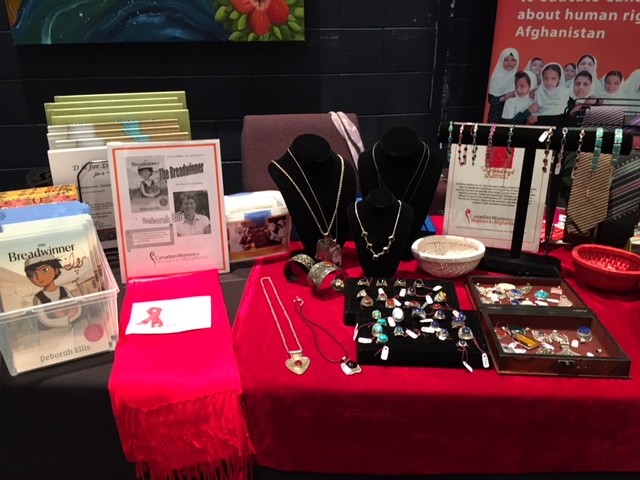 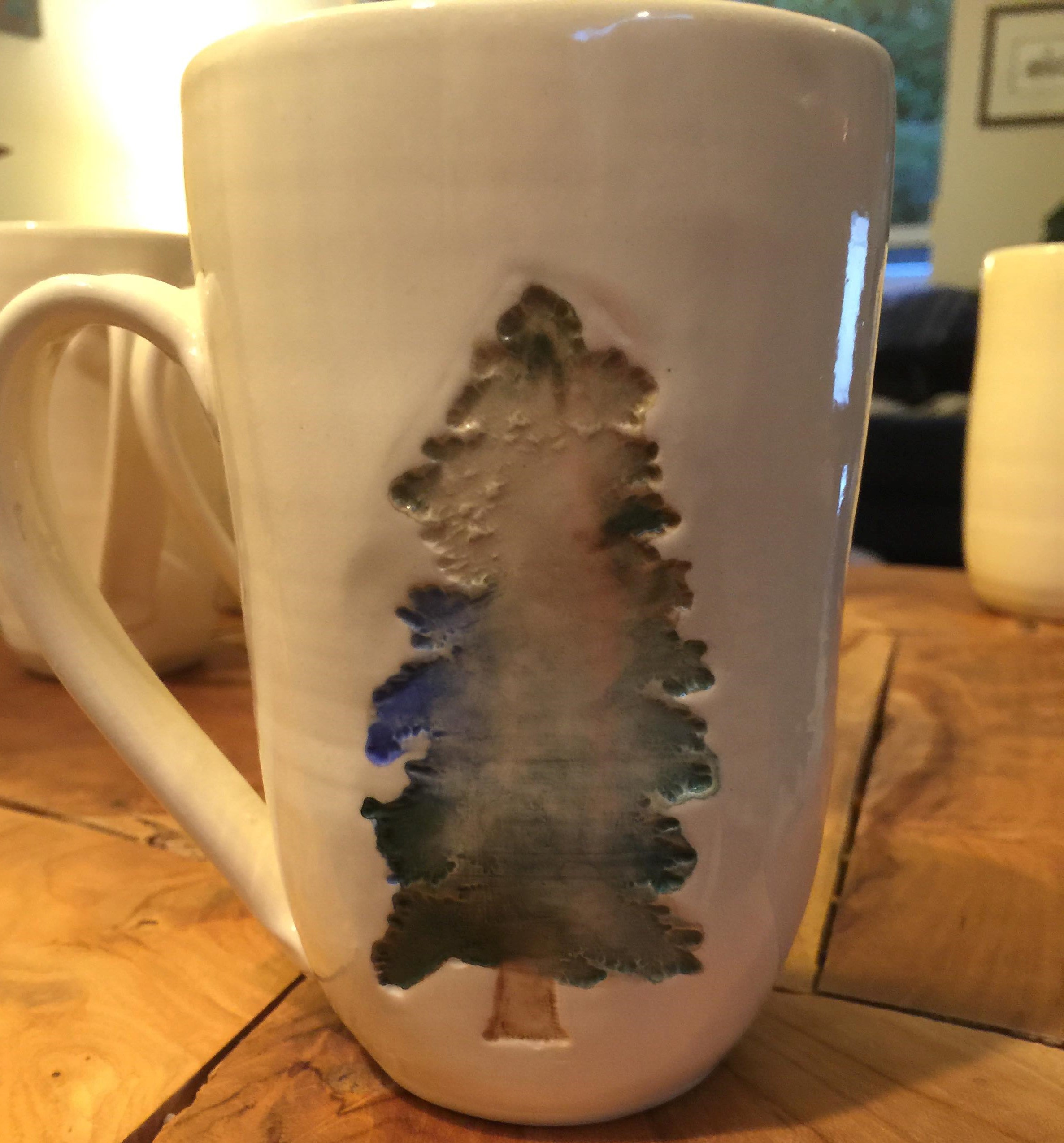 To raise awareness and support for CW4WAfghan’s digital library for teachers in Afghanistan, Darakht-e Danesh (‘knowledge tree’ in Dari), CW4WAfghan’s Vancouver Chapter partnered with Vancouver Island based Pottery for Peace to produce the one-of-a-kind Knowledge Tree Mug series. These handmade ceramic mugs feature a tree on the outside, and a beautiful glazed exterior on the inside, in one of four colours. Plus some gorgeous lanterns! To order one or more mugs or lanterns, contact Vancouver@cw4wafghan.ca To learn more about Pottery for Peace, which donates proceeds of every one of their sales to CW4WAfghan, visit them here.

The following books are available to purchase at your favourite local book stores or via CW4WAfghan chapters at our community events, while supplies last.

Award-winning author Deborah Ellis has written numerous titles for children and young adults, including Kids of Kabul, My Name is Parvana, The Breadwinner, Parvana's Journey, and Journey, Mud City. 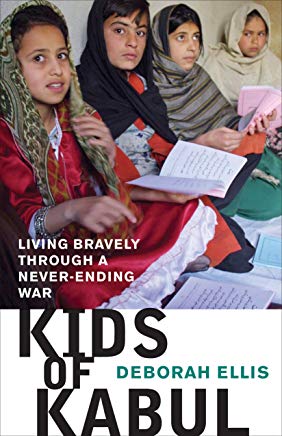 These books tell the story of eleven-year-old Parvana and her close friend Shauzia, who live in Taliban controlled Afghanistan. Masquerading as a boy, Parvana works in the streets of Kabul so that her family can eat. These beautifully written, inspiring novels depict the strength, courage and hope of children who struggle to survive under the horrific conditions of war, poverty and oppression. Says Deborah Ellis: 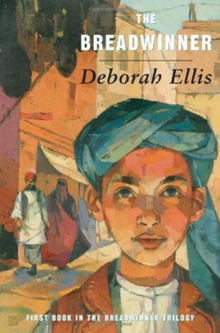 “Parvana and Shauzia are fictional characters, but they are very real people to me. I enjoyed their company when they were in my head, on their way to being put onto paper.  Their anger, their frustration at the obstacles the world kept thudding in front of them, their sorrow, loneliness, and their triumphs when they could get them - these intimate moments they shared with me like a gift. I often try to imagine how they are managing now, in an Afghanistan that is both dangerous and hopeful.  I wish I was as strong and brave as they are. I’ve received amazing letters from children who also see Parvana and Shauzia as real. They send me drawings, write sequels, and write of their own experiences with terrors great and small. The most common question I get when I meet these kids is, ‘If governments know what is happening to children, why don’t they stop it?’ Why, indeed.

We all want to be brave, we all want to find it within us to stand up to tyranny and side with those who are being beaten down. Sometimes we look to literature to remind us of how great we can be.

The money the books have raised has put women to work, children in school, and food in people’s bellies. I’ve been frequently astonished at how easy it is to radically improve someone’s life. It’s an honour to be a part of it.”  - Deborah Ellis

The Royalties from The Breadwinner and Parvana's Journey have been generously donated by Deborah Ellis for our projects supporting education initiatives in Afghanistan. A small portion of these royalties is also allocated to our operating and administration expenses, along with the sale proceeds from the books at our events. In 2017, The Breadwinner became a major motion animated film by Cartoon Saloon directed by Nora Twomey and executive produced by Mimi Polk Gitlin and Angelina Jolie.

Sally Armstrong is a member of the Order of Canada, the holder of seven honourary degrees, a teacher, journalist and human rights activist, and three-time Amnesty International Canada human rights journalism award winner. She was a member of the International Women’s Commission, a UN body that consisted of 20 Palestinian women, 20 Israeli women and 12 internationals whose mandate was assisting with the path to peace in the Middle East. The bestselling author of Veiled Threat: The Hidden Power of the Women of Afghanistan (2002) and Bitter Roots, Tender Shoots: The Uncertain Fate of Afghanistan’s Women (2008), she is also the author of Ascent of Women, released in March 2013.

This book is about the final frontier for women: having control over your own body, whether in zones of conflict, in rural villages, on university campuses or in your own kitchen. Recent studies by economists such as Jeffrey Sachs and social scientists such as Isobel Coleman claim that women who gain such control—who are not oppressed—are the key to economic justice and the end to violence in developing countries around the world. Ascent of Women describes the perilous journey that brought women to this point, telling the dramatic and empowering stories of change-makers and examining the stunning courage, tenacity and wit they are using to alter the status quo. It is the story of a dawning of a new revolution, whose chapters are being written in mud-brick houses in Afghanistan; at Tehrir Square in Cairo; in the forests of the Congo, where women still hide from their attackers; and in a shelter in northern Kenya, where 160 girls between 3 and 17 are pursuing a historic court case against a government who did not protect them from rape. Women revolutionaries in Toronto and Nairobi, Kabul and Caracas, New York City and Lahore are making history. Women the world over are marching to protest honour killing, polygamy, stoning and a dozen other religiously or culturally sanctified acts of violence. Sally Armstrong brings us these voices from the barricades, inspiring and brave.

Veiled Threat: The Hidden Power of the Women of Afghanistan 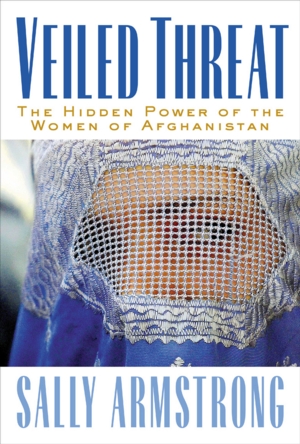 As this powerful and inspiring book demonstrates, the need to provide support and solidarity to Afghan women continues. Much help is still needed to erase the legacy of female oppression and poverty in Afghanistan and to effectively address one of the greatest human rights crises of our times.

Bitter Roots, Tender Shoots: The Uncertain Fate of the Women of Afghanistan

This follow-in book to Veiled Threat tells of women’s lives in Afghanistan post-Taliban and unravels the threads that are strangling Afghanistan’s attempts to modernize and improve quality of life. Combining the searing personal stories of women with the analysis of experts and the grassroots efforts of Canadians, Bitter Roots, Tender Shoots is an accurate and impassioned portrayal of the lives of women and girls in Afghanistan today, and it suggests they are the way forward.

This book of photos and poetry was created by girls from Lake Country, BC, through Little Women for Little Women in Afghanistan. The girls wrote their poems during a series of poetry workshops where they had the opportunity to respond to learning about girls like themselves in Afghanistan, and this book is a testament to this connectedness. The remarkable melding of the pictures from Canada and from Afghanistan seen in the book was led by photographer and digital artist Christian Reiner: “These visual montages for LW4LW are dear to me, because the emotional and spiritual side of connectedness can be at least hinted at and sometimes a very strong bond can be conveyed.” 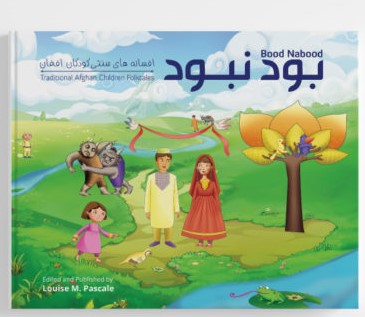 CW4WAfghan is proud to have partnered with the Afghan Children’s Songbook, contributing funding to several printings of this book as well as to a new book of Afghan folk tales, Bood Nabood. These books are part of an amazing project run by a former Peace Corps volunteer, Louise Pascale, who lived in Afghanistan during the 1960s. Thousands of the books have been printed and distributed across Afghanistan, helping promote literacy and preserving part of Afghanistan's musical heritage, while giving children a gift they clearly love (check out more photos on the project website!). You can support this project by buying a copy of the Songbook. The books are distributed in Afghanistan in their original Dari version; but an English version is available for purchase on the project's website. Sales of the books support the ongoing printing and distribution of the book and tape in Afghanistan. Please consider supporting this project by buying a book as a gift for someone, or for yourself. And thanks for spreading the word to others.

On The Edge of Being: An Afghan Woman's Journey 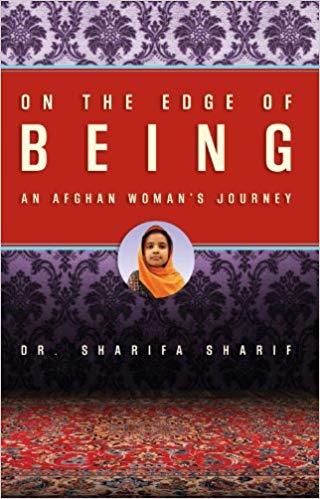 Painful and shocking, but often hopeful, the stories in On the Edge of Being illustrate the devastating impact of the split between body and voice that Afghan women are forced to navigate. The daughter of a progressive Afghan governor, Dr. Sharifa Sharif observed from an early age that life for women - both within and beyond the walls of her home - was neither simple, nor fair. As she navigates the rocky terrain of what it means to be a woman in Afghan society, Sharif candidly connects her own troubling experiences with those of girls and women around her: those who appeal to her father for justice, those who work as servants in her friends' homes and, crucially, her own mother, whose inability to alter the restrictions in her own life causes both anger and empathy. From her childhood travelling through the poorest provinces in Afghanistan to life as a schoolteacher, an immigrant student in North America and beyond, Dr. Sharif struggles to define her identity through experiences of marginality, on the journey to reclaim her body and self.

About the Author: Dr. Sharifa Sharifborn and raised in Afghanistan, where she and her family lived in many urban and rural areas. Dr. Sharif studied Pashto literature in Kabul and later, comparative literature in the United States, where she became immersed in learning about feminism, justice and freedom. Since then she has become a dual Afghan-Canadian citizen and has worked as a teacher, counsellor for abused women, cultural advisor, radio host, and politician. Now living near Toronto, Dr. Sharif works as a journalist and community activist.

Review: It can seem sometimes like there is an abundance of books being published on Afghan women in some respect, but this one is different. If you read only one recent book on the topic, read Sharif's. She is a gifted storyteller, giving powerful firsthand accounts from the experience of women in remote rural provinces, a perspective not often heard in the existing literature from Afghans writing in English. There is no sugar-coating of the brutalities that women in Afghanistan survive (or don't), yet Sharif still brings out a universal humanity that forcefully reminds us that those exotic women shrouded in burqas are just like you and I underneath, with hopes and dreams, and too often carrying unspeakable traumas. Yet there is also humour found in her stories. Overall, it's evident that Sharif is deeply reflective, taking her extraordinary life story in stride, and all the wiser as a result. Sharif gives no-nonsense assessments of the current situation in her country at the beginning and end of the book, and her views should be well considered, as the world contemplates turning its back on Afghanistan once again, at this critical juncture when important social changes are taking root in her country and need to be defended and bolstered.