Each Fall members and staff from Canada and Afghanistan gather for the CW4WAfghan Annual Symposium and Annual General Meeting (AGM). This event, held in a different Canadian location each year, brings together volunteers, Chapter members, community partners and anyone with a passion for women's rights and education for girls and women in Afghanistan. The Symposium is a forum to connect and share ideas and to hear from expert speakers that help us explore and learn more about the importance of universal human rights in Afghanistan and what we can do as global citizens to support education.

Check out the CW4WAfghan video filmed mostly at our Banff 2015 Symposium HERE. 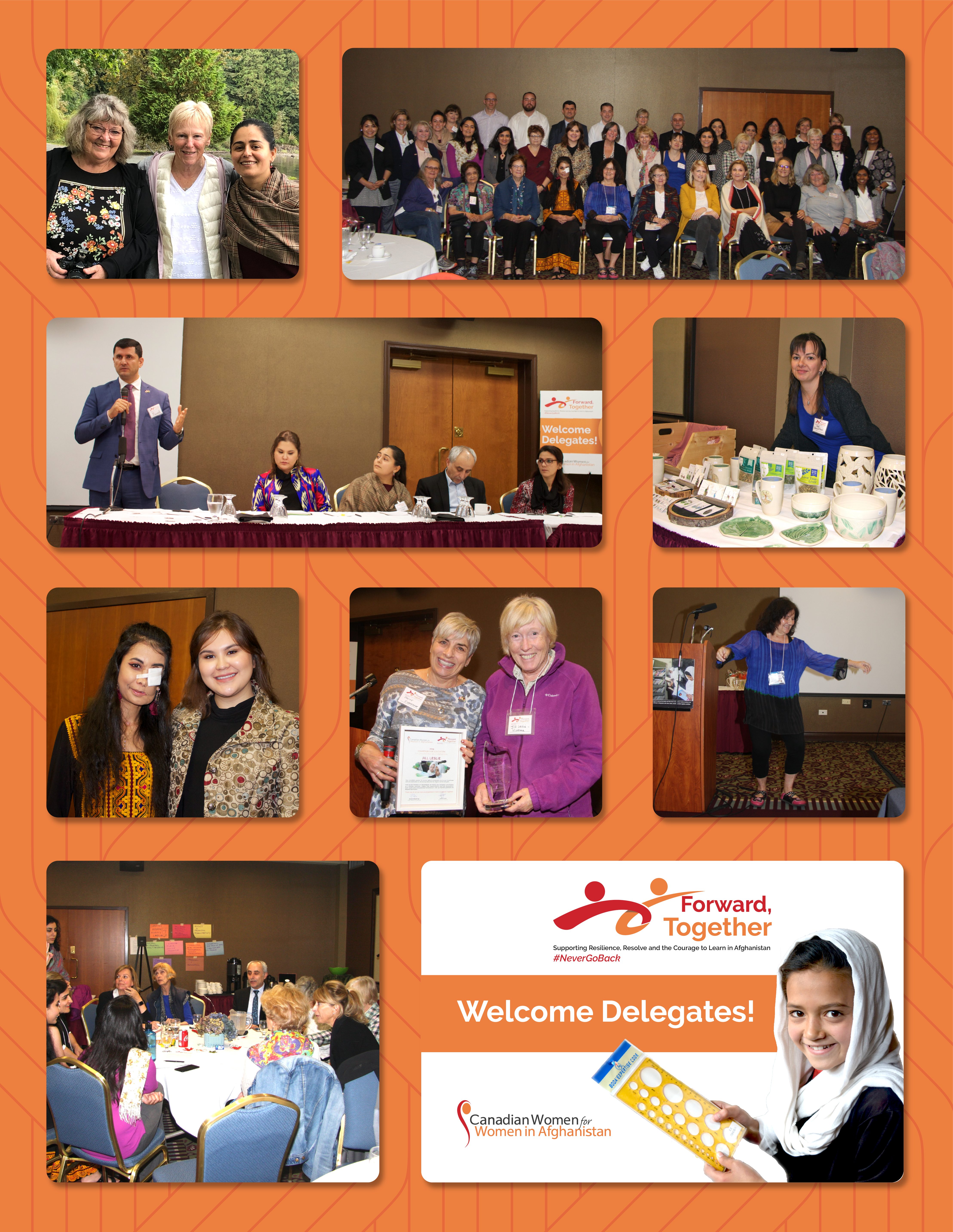 In 2019, members, volunteers, special guest speakers and staff from Canada and Afghanistan came together in beautiful Harrison Hot Springs, BC for Forward, Together: Supporting Resilience, Resolve and the Courage to Learn in Afghansitan, a movement for the right to education for everyone. We were proud to welcome special guests such as gender-based violence survivor and activist Shakila Zareen, Dr. Latifa Majidi, CW4WAfghan's Country Director from Afghanistan, activist and CW4WAfghan Senior Director Murwarid Ziayee, and many more incredible speakers!  Generously hosted by the Vancouver Chapter, highlights of the sympsoium included a silent auction, an Afghan marketplace, visiting BC artist/potter Cheryl Couture of Pottery for Peace, "Belly Dancing Anne" Cameron, workshops, a panel, and much more. Thank you to everyone who joined us and made our collective voices heard to ensure that Afghan women will #nevergoback.

In 2018, delegates gathered in Toronto, Ontario for Flicker To Flame: Teaching and Learning in Afghanistan and our 20th Anniversary. This moving, two-day event celebrated the incredible contributions and impact of our work over the past two decades and looked toward the future of education for women and girls in Afghanistan. Volunteers from across Canada shared their experiences and plans in their local chapters, and a distinguished list of presenters from Afghanistan and Canada inspired us with their expertise, their convictions, their passion and their overwhelming support for the work ahead. A special thanks to our Halton Chapter hosts, whose attention to every detail brought it all together so beautifully. 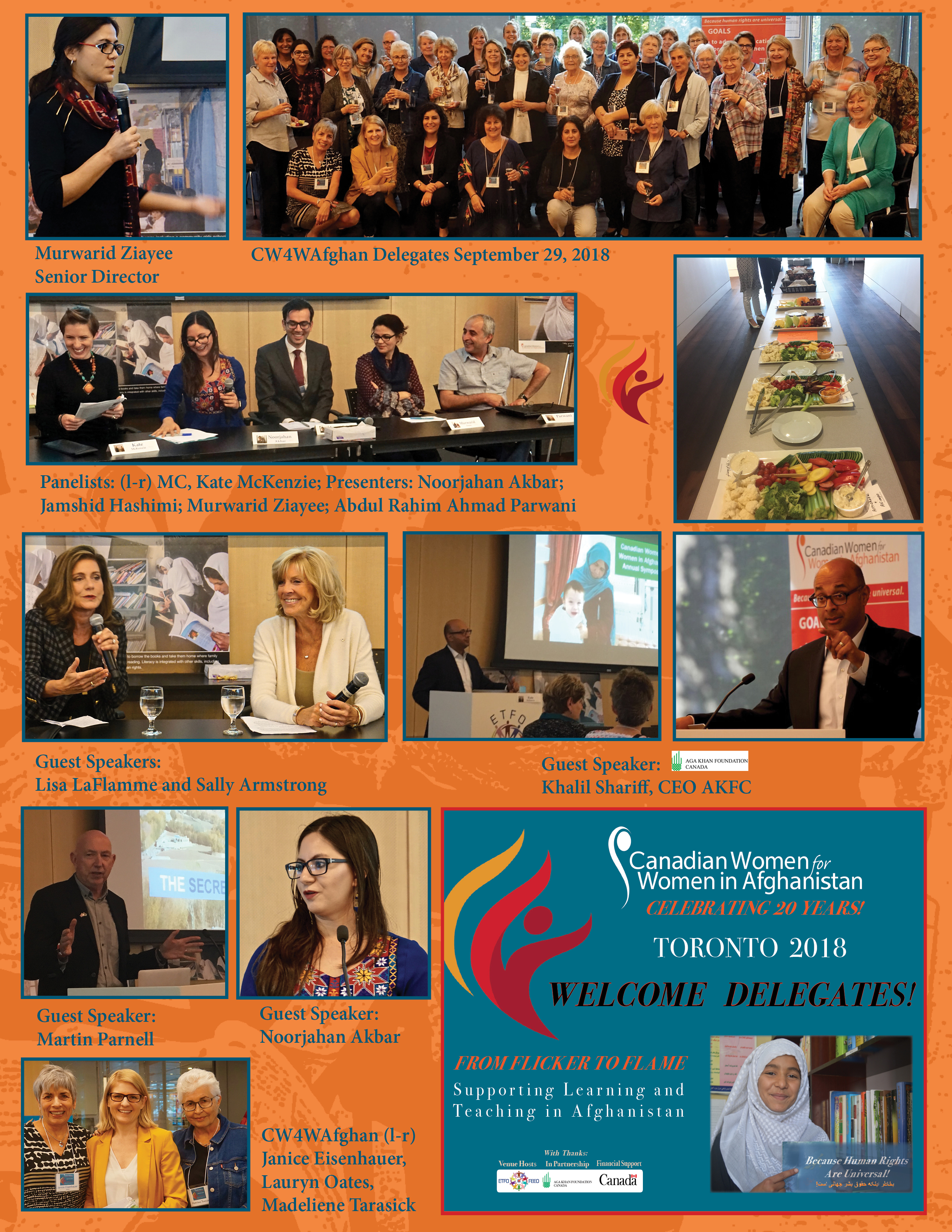 Where will we come together next?

Whether you've been involved for decades, or you're just getting started, the CW4WAfghan Annual Symposium and Annual General Meeting is the ultimate forum to connect, to be inspired and to take action. Stay tuned for an announcement of date and location for the 2020 event!
Meanwhile, if you have ideas for activities or speakers for our next gathering, please email Christine at community@cw4wafghan.ca.